It’s tough to solve a problem when there are many, contributing variables. Such is the case with public education. 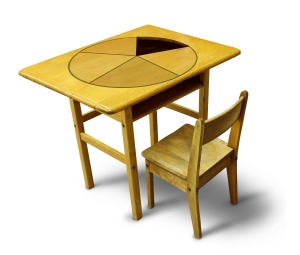 For decades and until about 25 years ago, Iowa students led the nation in student achievement. It was a source of state pride. Now just one generation later, student performance has fallen to an average or below average level.

Students First, an organization dedicated to reforming education in the country, gave the state of Iowa an “F” on its 2014 State Policy Report Card and ranked Iowa as 46th in performance. Major categories measured were abilities to elevate the teaching profession, empower parents, and spend wisely and govern well. The 2013 National Assessment of Educational Standards showed that only 36 percent of Iowa eighth graders were proficient in math and 37 percent proficient in English. And U.S. Secretary of Education, Arne Duncan, stated at the 2011 Iowa Education Summit that, “…the ACT scores of college-bound students suggest that only three in ten high school graduates in Iowa are ready for post-secondary course work.”

Teachers, unions, administrators, school boards, legislators and parents can all rightfully shoulder some of the blame. And that’s the problem. When it’s everyone’s fault, it’s nobody’s fault. There’s no sense of ownership, by any one group, to the crisis in Iowa’s public education.

Maybe we could agree that it’s both everyone’s fault and nobody’s fault and then move on to find solutions that will help our state regain its standing in education greatness.

Teachers – Teaching is a difficult and highly-skilled profession, and still most of our educators manage to do an amazing job. But as any public school graduate knows, there are also ineffective teachers who are allowed to remain in the system for generations. Many administrators and school boards are terrified of firing these teachers because, with union opposition, it could lead to a long and costly, legal battle. According to the Center for American Progress, the U.S. Department of Education found that 61 percent of principals believed teacher associations and unions were a barrier to dismissing poor-performing teachers. Also, the Center found that some districts across the nation spend—on average—more than $200,000 to fire an incompetent, tenured teacher.

The best way to boost student achievement is to have a great teacher in every classroom. Teachers know this. Eric Hanushek and Alfred Lindseth reported in “Schoolhouses, Courthouses and Statehouses,” that “…while the unions may oppose such programs, most of their own members clearly recognize the problem of unfit teachers propped up by the current pay and tenure system. In a recent survey by Public Agenda, 78 percent of teachers polled report at least a few teachers in their school who are simply going through the motions.” Teachers must become advocates for their students by insisting that unions not thwart the removal of ineffective teachers.

Unions – Do not do anything that opposes the removal of poor performers.

Administrators – If ineffective teachers can be dismissed, than administrators should be held accountable for student performance. But a school, just like any other work place, can become quite political. Administrators are personnel decision makers and if it became easier to fire teachers, that power could be abused by unjustly releasing an otherwise high-performing teacher over mere personality conflicts.

Tie the administrator’s job to student performance. An administrator will keep a great teacher in every classroom, even when there are political or personal issues. His or her job will depend upon it.

School Boards – You were voted into office by your community. Your first loyalty is to the families you serve—not the staff. Nobody cares more about the education of our youth than their parents. Be their voice.

Legislators – Our legislators made it painfully clear that the amount of money needed to adequately fund public schools is debatable. But the bare minimum of communicating that allocation to school districts in a timely manner is not happening. Districts are not able to plan. And if you fail to plan…

Parents – Every day, ask your children what they learned in school. If the answer is, “Nothing,” the problem of Iowa’s falling academic performance can be found in the home as well. It seems impossible for a child to attend any educational facility in Iowa for seven hours and not learn something. Parents must give their children the expectation that it is their job to show up at school, with an open attitude, and be ready to learn. Children have a way of rising to meet reasonable expectations.

Fixing what’s wrong with Iowa’s education system won’t be this simplistic, but getting all groups to bear responsibility and participate in more accountable ways would be a mammoth beginning.

Seeing the threat of a poorly educated populace as far back as 1983, the National Commission on Excellence in Education stated, “If an unfriendly foreign power had attempted to impose on America the mediocre educational performance that exists today, we might well have viewed it as an act of war. As it stands, we have allowed this to happen to ourselves.”

Collectively. We have allowed this to happen to ourselves. Teachers, unions, administrators, school boards, legislators and parents. But collectively, Iowa can regain its standing in educational excellence in the nation.

By owning it. Each and every one of us.