Sometimes when I’m in church, my mind wanders. In communal prayer, just as in private prayer, I have to consciously pull myself back to the centering place where I’d like to be. Last Sunday my mind wandered, and I reflected upon the exclusivity of the Eucharist as I watched the communion line pass. Old and young. Male and female. Children and parents. Hands clasped and heads bowed. But no divorced and remarried people. At least none who hadn’t first received an annulment.

In one Pew Research Center survey, it found that of the individuals leaving the Catholic Church, about a third left due to its teaching on divorce and remarriage. And, the Center for Applied Research in the Apostolate estimates there are 4.5 million divorced and remarried Catholics in the United States and only about 15 percent seek an annulment.

Bishops will be meeting in Rome in October to discuss the challenges facing families at the Synod on the Family. Many dioceses have recently invited parish members to complete a questionnaire about these challenges in order that the sense of the faithful may participate in the discussion. The synod is not intended to change Church teachings, but rather to consider improved pastoral approaches to challenges facing the family. One of those challenges lies with the inability of divorced and remarried Catholics to receive the Eucharist.

It’s divorced and remarried Catholics with young children that really wrenches the heart. Parents are the primary teachers of the faith to their sons and daughters. It’s a responsibility they must accept and acknowledge at the baptism of their children. Vatican II document, Lumen Gentium, explains that the family unit is the Domestic Church. The family unit is holy. And yet, a void is created between children and their parents by separating them—welcoming children to receive communion while the parents remain in the penalty box. 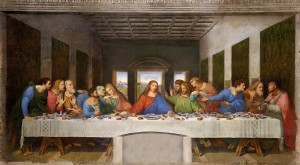 Pope Francis said, “The Eucharist is not a prize for the perfect but a powerful medicine and nourishment for the weak.” If it’s not a prize, how can it then be a punishment?

In the “New Commentary on the Code of Canon Law,” the message of Canon 915 is that ministers are to refuse communion when they are certain (1) that a person has committed a grave sin, (2) that the sinner is obstinately persevering in a sinful state and (3) that the sin is manifest—or publicly known. The canon also speaks to the need to preclude grave scandal on the part of the community that would arise from the public sinner’s reception of communion. However commentary states, “The fact of actual scandal is, moreover, culturally relative. What causes scandal in one part of the world may not cause scandal elsewhere. In North America the faithful often are more scandalized by the Church’s denial of sacraments and sacramentals than by the sin that occasions it, because it seems to them contrary to the mercy and forgiveness commanded by Christ.”

I realize it’s not that simple. Marriage is a sacrament. There are three involved in this sacrament—the baptized man and woman and God. God does not make mistakes. The union is indissoluble. There can only ever be one sacramental marriage for a man and woman.

But although God does not make mistakes, people do. There are many reasons why a marriage may fail, and they’re all painful. Nobody makes this promise to God unless they believe the marriage will last forever. And although an annulment is the correct path for some, for many others who examine their conscience it’s not a truthful way or honest solution. They believe their first marriage was sacramentally valid and without errors. No tribunal will convince them otherwise.

Thankfully, some are able to find companionship with another individual and enter into a loving, committed and selfless relationship—a second marriage. It will not be considered sacramental by the Catholic Church, but it provides many unmistakable and realized goods that can only be found in a marriage.

These cradle Catholics long to participate in the summit of our faith, which is the Eucharist. Some are questioning if a new pastoral approach can be taken—one aimed at affirming the first union, lamenting its failure, extending mercy, blessing the second union, and then readmitting these individuals to the Lord’s Table.

However, many Catholics aren’t so hopeful. In the book, “The Catholic Labyrinth,” author Peter McDonough argues that when faced with what is perceived as an unjust teaching, the average Catholic finds the most reasonable thing to do is nothing because, “Personal choice is available at zero cost.” Salvation can be found in other Christian traditions, and many find it more sensible to simply leave the Church and join another denomination that welcomes them in every way.

At a former place of my employment, a factory manager related a story to the executives of the corporation. An employee in the plant gave a scathing criticism of a particular practice of the manufacturing process to the plant manager. The employee finished by explaining that he was complaining because he cared about the place and wanted it to be successful.

I care about our beloved Roman Catholic Church. It’s upsetting to see disaffected Catholics leave the Church. Within your parish family, you should feel safe. You should find acceptance, healing and support. Many of our divorced and remarried brothers and sisters in Christ do not experience this. And so they leave.

The sacrament of matrimony will not change. But the Eucharist, this “powerful medicine and nourishment for the weak,” should be nourishing divorced and remarried Catholics when they need it most—when they have gone through their own Paschal Mystery. When they have died to Christ through divorce and have risen again in a new, loving and promising union. May the Spirit move the synod to find a way to extend the ultimate invitation of God’s mercy to the divorced and remarried.

And may the communion lines grow. Longer and longer.