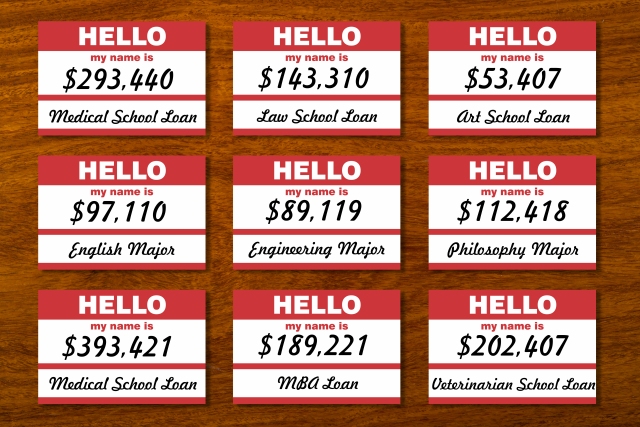 The College Board recently introduced the SAT Adversity Score. It gives special admissions consideration to socioeconomically-challenged students, on top of SAT scores. For example, students living in zip codes associated with poverty would receive an admissions advantage.

But the problem is that students living in zip codes associated with wealth would receive an admissions disadvantage, despite scoring higher on the SAT.

Tinkering with the college admissions process this way is worse than another bad education proposal—providing free college for all. Under free college plans, students would still be able to compete by merit for limited seats in our most prestigious universities—the place where the best and brightest should be attending, regardless of race, ethnicity or zip code. But with the SAT Adversity Score, lower-scoring SAT students could take seats away from higher-scoring students.

In this country, there simply isn’t the luxury to do that. It’s becoming a matter of national security to improve education efforts. According to the 2019 Condition of Education report presented to Congress, the United States ranks 25th in the developed world in average science scores of 15-year-old students and 40th in mathematics.

There’s a better way to help low socioeconomic students succeed. Assuming these students are carrying larger student loan debt than their wealthier peers, attention should be focused on how to retire that debt after they’ve graduated.

While $28,500 doesn’t seem insurmountable, it’s an average—meaning there are many more with much higher debts. And not everyone receives their dream job after graduation. Too often, graduates are underemployed.

There’s a program in place to forgive remaining federal student loan debt after 10 years, if the individual agrees to work full-time in a qualifying government position and completes 120 student loan payments.

A similar approach could work by extending repayment expectations in the, sometimes, more lucrative private sector. Forgive remaining federal student loan debt after 20 years, if 240 student loan payments are made.

Then make all student loan forgiveness programs non-taxable, meaning the amount forgiven should not be considered as taxable income. Some would need another loan to pay the Internal Revenue Service.

It shouldn’t come without consequences, though—consequences to universities. Data on student loan struggles should be made available during the college admissions visit.

For example, students interested in a finance degree from Iowa State University will find a statistics page that states that 98 percent of finance graduates are working, continuing their education, or serving in the military within six months of graduation and that the average starting salary for finance graduates is $48,294.

There should be a required, third statistic that is specific to the university and its degree program—the percentage of students who either defaulted on their federal student loans or had their loans forgiven after working 10 years in the public or 20 years in the private sector. Students need to see this data on the same page where universities boast about percentages employed and average starting incomes.

A national ranking of universities with the overall lowest student loan default and/or forgiveness of debt would also be helpful. There are a few sources trying to gather and provide this information, but it needs to be standardized and more readily available.

In a competitive push to be ranked, colleges would become more mindful in its financial aid departments, more committed to preparing students for economic success, and more conscientious about delivering an affordable education.

It would also cause the admissions process to be more selective. It would be tougher, not easier, to get into college.

And maybe it should.

Something has gone horribly wrong in the college world–$1.5 trillion wrong.

The College Board’s SAT Adversity Score will never turn that wrong into a right.