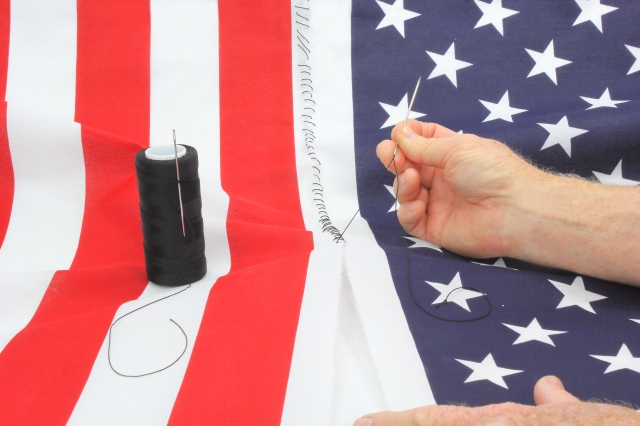 There’s no crying over elections.

Or there shouldn’t be. It’s disrespectful to the voters who placed a particular candidate in office.

First, we had protesters and resisters over the legitimate election of President Donald Trump in 2016. Being disappointed that your candidate doesn’t win is understandable. But disrespecting the vote from those who put him in office becomes divisive.

Georgia candidate, Democrat Stacey Abrams, lost the governor’s race to Republican Brian Kemp by about 50,000 votes. Abrams had the support of 1,923,582 voters. That’s a lot.

But 1,978,383 Georgians voted for her opponent. That’s a little more and enough to secure the win. These facts—and people—can’t be ignored, but she still disrespected all Kemp voters when she said, “Let’s be clear: This is not a speech of concession.”

Abrams has claimed possible fraud, but evidence of it has not been produced. What she does have are certified election results—results showing that nearly 2 million Georgians voted for her opponent. It may be tough for her to acknowledge, but a thin win for Kemp is still a win.

Republican candidate for U.S. Senate, Martha McSally, also lost her election by about 50,000 votes. She lost the Arizona seat to Democrat Kyrsten Sinema. Surely, McSally would have liked to focus on the support she received from 1,059,124 voters. But it would have been disrespectful of the 1,097,321 Arizona citizens who voted for her opponent. She graciously conceded the race by saying, “I wish her all success as she represents Arizona in the Senate.”

McSally understands that we’re not entitled to much, but in this country we’re still entitled to vote for the candidate of our choice. And that vote must be respected.

Losing a hard-fought election by just 50,000 votes when 2 million or 4 million are cast must be gut-wrenching. It doesn’t have to be divisive, though.

Divisiveness happens when there’s a refusal to accept that others have the right to form political opinions and vote in a way that doesn’t match your own. It isn’t what we do. It’s what we not allow others to do.

Without this considerate understanding, family and friends can morph into “deplorables” or “leftists” instead of just citizens doing their best for country and family.

And when things don’t go our way, there’s always another opportunity in two, four or six years to try again. Voters don’t always get it right, but they’re pretty good at making adjustments and corrections. Midterms are notorious for that. But in some ways, every election comes down to answering one central question, “Is an adjustment needed?”

Abrams and McSally have proven they are viable candidates with strong support. They are certainly worthy of trying again in their next election cycle, if it’s what they desire. Showing respect for the vote and all voters—whether they were for you or against you—would be a great place to start.

In the last presidential election, my three adult children all voted for a different candidate. Surprisingly, it created a sense of contentment for this fiscal conservative. They think for themselves. It’s what should be expected and then respected of every voter.

Advocate your beliefs without dismissing someone else’s. Exercise your right to vote without disrespecting the vote of others.

You will win some. You will lose some.

Nothing, at all, to cry about there.